Not the best of situations but we are making some big changes to keep up with the times. 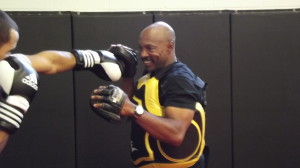 Most of you are thinking, “hey i thought we already had a boxing class??”  And that is correct.

Our boxing classes will continue to run on the same schedule but for those on a separate schedule or needing more personalized attention the new club  will be a perfect fit.

The boxing club will operate between  12pm-5pm (monday-thursday)  will be run more like a traditional boxing gym. There are no set class training times but all members will be guided individually by your coach through your warm-up , skill development , drills and conditioning.  Making for a session more fit to your specific focus whether that be Competition, fitness or just improving some technique in the sweet science of boxing.

With the schedule being as open as it is that gives a lot of flexibility, but try your best  to plan  at least  1 hour / 60 mins  per training session.

The boxing club will be a separate cost for new members BUT since this is replacing the Muay thai and BJJ classes Current academy members attending the day classes can attend at no extra cost.

A big congratulations to Surkh Singh on earning the first Jiu-Jitsu promotion since I have officially been able to grant in BJJ / Brazilian Jiu-jitsu.

In the last few months Surkh has been consistently mixing the Sport BJJ / BJJ 101 fundamentals and Submission Wrestling classes and its made for a huge improvement on the mats in both offense and defense.