Reasoning behind Bravo’s win over Gracie in rematch at Metamoris

BJJ / Brazilian jiu jitsu fans are pumped !!!Metamoris is upon us only days away. Run by Ralek Gracie and company,  Metamoris its a unique bjj / grappling event with no points and a 20 min time limit that has made for some pretty awesome match ups thus far. Though I would love to see Royler Gracie win his match vs Eddie Bravo, at this point even at the risk of being called a “creonte”, the realness in me will have to say it is highly unlikely.

My reasoning is as follows

2- Lack of recent competition and an overall change of focus in life.. Royler Gracie now lives in america running his association and academies and while i’m not all up in his business or knowing what he does daily i am sure its a change of pace from Brazil.

3- Being behind on technical innovation

Don’t get me wrong, Royler has the technique that he knows down as well as anyone. But since  no one is the “oracle of Jiu-jitsu” and knows everything, unless he has been keeping his finger to the pulse of recent developments in the art its hard not to be caught by surprise.

The Sport of BJJ evolves super fast if you look at the Mundial’s winners and techniques applied from say from the years  2005- 2010 and 2013 you will notice the techniques and tactics being applied to decide the major matches were all quite a bit different. Berimbolo and (with the exception of a few guys like Fredson alves & Renato Ferro ) inverted guard work  didn’t exist in 2000, flash forward to today I am hard pressed to find a blue belt not obsessed with kiss the dragon, reverse dela riva etc  and ignoring the key hip work that will really save your skin when you need it,  more on that another time though lets stay on topic  🙂

Metamoris being 20 min no points format does help a bi,t but Eddies game is effective for him (I can’t see kevin randleman or jeff monson pulling a jiu-claw or anything rubber guard related)  unorthodox and probably most importantly totally foreign to the majority of BJJ stylists. My friend Tony Desouza taught me his version of the rolling back take at nova uniaobjj  las vegas hq in 2001 and to this day even against better bjj players, if they don’t know or recognize the setup i hit it all day with ease.

After watching Eddie roll with Marcello and not DIE ” a accomplishment in itself” immediately furthered my thought, while he is far from top 5 at his weight class  got worked by leozinho in the ADCC after catch Royler vs triangle in the first match and IMO would get worked by a cobrinha , rafa mendes or any of the other “world beaters” on todays circuit, he is legit and has the benefit of tailoring his attacks & defenses to what he has seen and felt most BJJ artist attempting to do to him on the mats,  while for the most part they don’t know his sequences of attack so it makes Royler walking into a trap all the more likely.  Anyone can be caught by surprise.

Royler IMO is a” boss of bosses” with a stellar competition record in BJJ ,even going so far as to fight Mario Sperry &  Sakuraba outweighed by 38 lbs to defend his family honor. 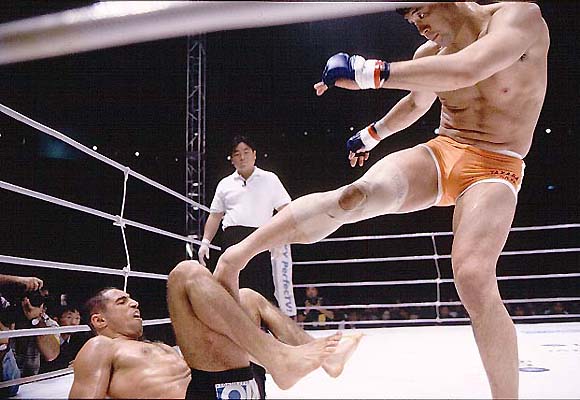 Royler knows and live by a code many people don’t...Often fighting isnt about winning, its about Fighting and this weekend at Metmoris regardless what happened I will enjoy the match between the two BJJ giants and we should all appreciate their technical contributions to the art of Brazilian Jiu-jitsu.

p.s no time for spell check or ill be later for training 🙂 enjoy the match this weekend and feel free to check out our Mississauga brazilian Jiu-jitsu classes and see how we try to bring together the best of classic and modern jiu jitsu for recreation of competition.