How carbs & cardio are making you Fat | Elite Nutrition

How Cardio & Carbs are making you Fat

when in doubt borrow from one of the smartest and most cutting edge trainers in this case Erik Owings.

im sure im missing some of his accolades but check him out here. 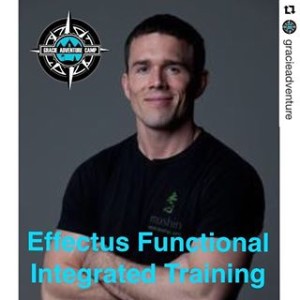 Lets take a look at how…

How Carbs and Cardio Make You Fat

Eating carbs is one of those things everyone knows you just have to do right? If you want energy to perform well in a given activity you will need glycogen (what carbs store in the muscles and liver as) to convert as quickly as possible into ATP (adenosine tri phosphate), or the basic molecule of cellular energy. While your body can produce ATP from fat, the conversion is much slower and your body can also do it from protein which still less efficient (perhaps except for bcaas).

Now I’m not claiming that have some rice with your lunch or dinner is going to make you obese or even gain a pound, but over-consumption of carbohydrates in pretty much any form will make you fat.

Almost everybody says the basic eliminate sugar, because they all know sugar isn’t good for them, yet they will pile on all of the other carbs like rice, bread, pasta, cereal, and fruit (which is pure sugar). Thing is once inside the body all carbs essentially become sugar.

Some are longer chains and some shorter, but they all have an insulinogenic effect. Certainly the insulin surge is less with fibrous carbs and carbs with a lower glycemic index (the rate that carbs enter the bloodstream after eaten), but the insulin is released. 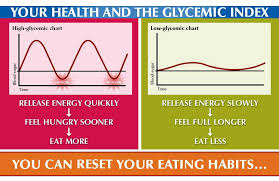 So once insulin is released by the pancreas it has a mission to get the sugar cleared out of the the blood stream and shuttled into the muscles and liver as glycogen or into the fat cells. Now if that were done post workout and your body absorbs the 50-100 grams of carbs mostly as fuel, then you have a good thing. However if you are eating 30+ grams 5-6 times per day, you will have chronically high levels of insulin, which isn’t good.

That means your body has to produce more insulin to get the same effect that it could get with less insulin previously. If that cycle continues you will eventually develop diabetes. That is why type 2 diabetes can take a long time to set in.

Sticking with the theme of fat loss, why do carbs make us fat?

So I will try to do this explanation in a paragraph, and then I have to run.

Lets say you are 200lbs with 20% bodyfat (40lbs). You could essentially starve yourself for a month and live off that fat. However lets assume you are exercising 5 times per week and you do weights and running.

You are burning well over 1,000 calories per workout and figure you can lose 1 pound per week if you keep your calories under 3,000, minus your Friday cheat meal. Now if you are eating 50 percent of your calories from carbs, your body will always take the carbs over the bodyfat as fuel.

Remember from above it is easier and the body likes easier. If you were to cut the carbs to say 15 percent of your calories your body would then be forced to use bodyfat as fuel. Catch is you would probably have to cut back on the cardio, which wouldn’t necessarily be a bad thing, unless you are an endurance athlete.

Interestingly the leanest of the runners are the short distance sprinters, while the fattest runners percentage wise are the long distance runners.

This is a drastic simplification of how carbs make us fat, but fairly accurate. If you cut carbs and eat a balanced diet of fat, protein, and fiber with some occasional carb spikes you will no longer need to do any cardio to get lean and the best form of fat burning you will do is sleeping, sitting, and walking.

Once your blood sugar and insulin is stabilized your body turns to fat as it’s fuel source. That can take a couple of months to break the carb addiction, but it is an addiction worth breaking in my honest opinion.