Now this blog not generally a UFC commentary site as there are already plenty of those out there but the night of bizarre actions at UFC 159 had a lot of people talking..

Everything from broken toes to epic eye pokes made out for what most called a pretty strange event.  Not me though, I realise a Fights a Fight and just about anything can happen.

The only strange thing to me was the amount of onlookers suprised by the result of the main event with champion Jon Jones simply smashing Chael Sonnen.

Now dont get me wrong Sonnen is a tough cookie and quality fighter,  Still what really puzzles me and should have gotten you thinking is…..

How do you step to a fight  with JON JONES “or anyone for that matter” NO defensive tactics???

I know the “plan” was to not be taken down.. to get on top, dominate and maybe grind out a win,  but what happends when things go off track???  When jon jones takes you down in the first 30 seconds of the fight and you realise as a PROUD Republican that “doesnt fight off his back with men between hig legs” you didnt have a backup plan ??? 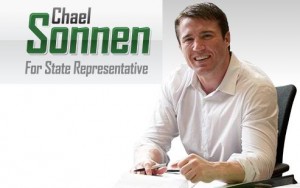 Not to pick on Sonnen no doubt when winning whatever match he is in the guys a legit world class fighter, but time and again when you flip the coin and put him or anyone else hooked to the strong man aproach in a slightly inferior position things end up looking like this. 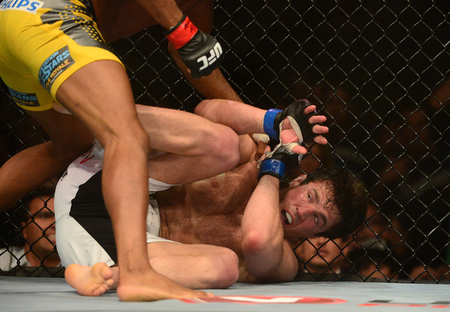 Many people ” BJJ players especially for some reason” take  his as a chance to say their style is built to  handle such situations when really most people only focus dominating thier way to the win.

“Style is not what its about“

BJJ, Wrestling Muay thai, Boxing, Kickboxing, Kung-fu whatever.. Its up to you to make a conscious decision to practice the skills that pull you out of bad situations when the going gets tough.

If you still doubt me check out the video below

* Bitteti was the top guy in sport BJJ at the time, “a style widely known for defensive skills, making the weaker less athletic person safe until they have a chance to win the fight… Keyword here (sport BJJ) like any other there  sport  there are time limits and rules that lead to tactics that get you the win.

HERE IS THE LINK TO THE FIGHT    *could only find it on a russian website but check it out .. CRAZY FIGHT!!!

Bitetti was rarely very rarely if ever on his back in his bjj career, primarily using as take-downs to dominate top position type of guy its didn’t convert well to when he wasn’t able to get his preferred positions and ends up with him taking one of the most epic beatings in MMA history.

Do yourself a huge favour, develop the often over-looked defensive skills in whatever style you practice, they are what will “keep you in it to win it”