Most important BJJ lesson from the Bravo vs Gracie rematch 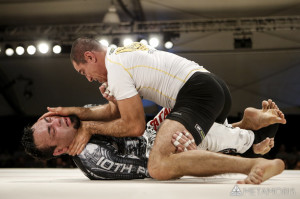 The most important BJJ lesson from Metamoris 3

No two ways about – it Bravo vs. Royler was a good one. Ten-plus years in the making – and while not as mind-blowing technique-wise as, say, a Rafa vs. Cobrinha duel – the match more than made up for it in terms of sheer intensity.

People were asking me for weeks leading up to the match who my pick was. Never one to back down from honest BJJ and martial arts discussion, I explained my pick. click here to read why I called for Bravo to dominate.

Whoever you were rooting for, the match went down, and I suppose could and is being spun a variety of different ways.

“Eddies tactics are no good for BJJ because Royler could’ve punched him in a REAL FIGHT – breaking news this wasn’t a fight but a predetermined match lol.”

“Royler used Gracie jiu-jitsu to the extreme in surviving the initial attacks of Eddie Bravo.- very true world class guts and defense have always been a hallmark of Royler’s style”

“Bravo, a guy with 20-plus years less experience on the mats positionally, dominated and applied his game plan on Royler, having him close to submission much of the match.- also imo true as styles make fights bravo’s half guard and rubber guard game are tailor made for pressure passers.. not so much for mobility based styles.

However you want to slice and dice the outcome, both guys are to be commended for their contribution to the martial art they love. Royler, most notably, for flying the Gracie jiu-jitsu flag  from the early 90’s to 2000 in sport BJJ competition when most of the crew left for the promised land of America in the BJJ boom after Royce dominated in the UFC, and for being a true master in the family art.

In Eddie, we have a guy in love with the art and did something great by adding his own personal piece to the puzzle, making the art stronger through positive innovation, strategy and technique.

Is the flexibility-based game Bravo employs for everyone? No, I don’t personally think so, You won’t see don’t see Kevin Randelman, Jeff Monson or Mark Coleman playing an effective high guard, nor should they as there other tactics they can use of the mat to better fit their build. But you are “ blind as bat”  if you can’t see anything useful in the tactics bravo he employs in some circumstances.

Now for the losers:

The losers – now and always – will be those guys we all know,  who are such diehards for their style of martial arts BJJ, Gracie Jiu-Jitsu, 10th planet JJ or whatever, that in clinging only to the holy grail of techniques they were taught and only those, that they help their style join the pile of once-useful martial arts now just relegated to being art –” a thing of beauty  but with little to no combat application.”

Flash back 20 years, Gracie jiu-jitsu made its mark on the world by bringing real & effective combat-tested techniques to battle vs. martial arts zombies – too myopic in their view – to see the benefits of training BJJ until many years later. 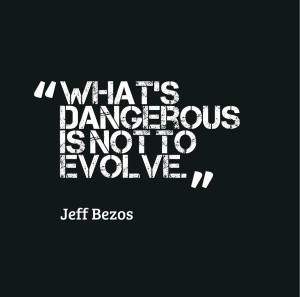 Now with technology and so many more practitioners of BJJ and Grappling arts in general it is accepted  that having solid grappling skills are a prerequisite to be competitive in mixed martial arts and self defense in general.

Even if fighting and self defense is not your thing,  sport BJJ is no different than other field of study and the only certainty ever is change. Take a look at what is being played now in sport bjj ‘s elite level and compare that to the mundials of 2000.. totally different game and approach.

The Art doesn’t end with the Gracie family or Eddie Bravo, for that matter.   Try appreciating rather than idolizing them as “the only way to go” and keep an open mind to whatever could make your BJJ better.

While this isn’t an MMA discussion really, I generally look at jiu-jitsu as a whole – so in all applications – and you will notice that successful fighters competing at a high level and hailing from a BJJ background do so by taking the time to understand and implement other arts’ tactics and approaches to combat. Guys like Jacare, Andre Galvao, Saulo and Xande Ribiero, Kron Gracie, Roger Gracie, etc. have all looked at other styles/sports and added the good parts to make their kiu-jitsu better overall. Regardless of what side of the fence you are on, keeping an open mind doesn’t hurt.

P.S
Royler once again proved  Having good mobility and flexibility are game changers. Think: Could you have taken that electric chair or calf crush/neck crank Royler did? My groin would have snapped like a wishbone, but a lifetime of taking care of the body and being sure to stretch have given Royler the ability to take joint locks that extra mile.

Great match from both men, I am looking forward to the next event.