2:30am Friday night… Ive already taken a nap from 3pm-6pm and also now fairly wired off this caffeine rich tea i shouldn’t have drank  (Beware of drinking  Dimlah brand’s Ceylon black tea if you plan on sleeping at night)

I did manage to get some work done on the studying end of things so I figured now would a be a good time to go over small details of fight strategies for my friend  Neil Marley’s MMA debut fight.

Neil’s been putting in some serious work (particularly with coach Tommy)  and with Professor Jorge Britto out of Toronto bjj in preparation for the event.  Win lose or draw the experience has already been great for him and the whole crew at the academy helping him get ready for mma action. 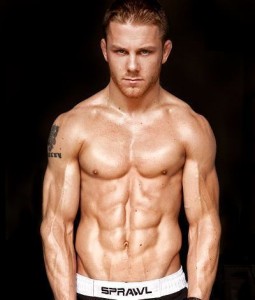 The kids in shape and ready to go !!! but technical work is never .. EVER to be overlooked.

Leading up to any MMA / mixed martial arts event  I go into  deep research mode going over every detail I can spot of not just what my athlete is doing but what the best in the mixed martial arts game are up to in the same situations..

The Funny cross over

Take a look below and check out how i almost had “the tables turned” on me in my 11th MMA fight  vs Dan Grandmaison in 2010….

ENTER my fight with “The Big house”-Dan Grandmaison

Dan’s a super strong guy who took some heavy punches and elbows directly to the face before making his move, but when he did he managed to to the supposedly “impossible” and litterally standup from the bottom of the mounted positon while under heavy fire from me…

Those of you paying attention in class tell or fancy yourself a ground fighting expert tell me.. What point did I miss that left the door open for him to get back to his feet?