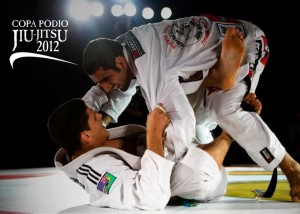 **great article from bjjscout.com highlighting a pretty intresting sport Brazilian jiujitsu player Leandro Lo.  A very high level guy he does a lot right but I have take to watching him due to the fact his two favorite passes, “knee slide & toreando / bull fighter pass” are also my own. Always nice to see people put a new spin on things and he is clearly getting results so as far as BJJ goes this video is definetely worth a watch.

This article on Leandro Lo’s unique toreando guard pass covers the reason I started watching Leandro’s passing game in the first place. Leandro Lo makes toreando/bullfighter guard passing look easy doesn’t he. He dances around his opponents switching endlessly, racking up points/advantages and forcing turtles and backtakes. Most people just put it off to him being really good at the bullfighter pass, but like the knee slide, he has subtlety modified the “conventional way” to achieve great success at the highest level of the sport.

Traditional bullfighter/toreando is taught as a pull and step motion. Typically “pull then step” or “pull and step simultaneously“. The key to the pass is first successfully diverting the legs with the initial pull and then quickly securing side control. The challenge however is the initial “pull” is an arm vs leg dogfight in which the passer is obviously at a disadvantage and also leads to gassing if the passer has to make repeated “pulls” to make way for his advancing legs. Double teaming (2 arms vs one leg) isn’t a solution as the other leg is free, allowing the guarder to shrimp in and recompose guard.

The video below says it all, but basically Lo has modified his toreando mechanics to initiate the pass with a “step”.  Rather than trying to move an opponent’s legs, he first  moves himself to the side and creates space for his far arm to straighten. He initiates the pass either with a step, a spin (imagine holding the guarder’s shins and turning a steering wheel), or both, depending on the situation.

Once there, he simply pushes forward and runs his opponent down with his arm(s) still straight till he gets side control/knee on belly/forces a turtle.

This small change in the mechanics to “step and push” instantly changes the passing dynamics into a “leg vs leg” contest. Lo simply walks his opponent down taking as many steps as he needs to. His straight arms (especially the one controlling the far leg), makes turning into him to recompose guard hard and allows him to keep applying sidewards pressure after the initial step. In a rejected conventional bullfighter/toreando, the rebuffed passer is typically put back into guard to start “pulling  and stepping” all over again. Transferring the burden to his legs rather than arms allows Lo to efficiently switch side to side working the pass expending less energy (he’s obviously athletic to begin with, though not usually so vs his peers). Most of his opponents typically exhaust themselves fending off his “toreando swarm” and end up stuck/grinded out in his knee slide passing game once trapped underneath, or vice versa.

Another key thing Lo does is to have a neutral grip on the pants close to the knees (“thumbs up”), rather than grabbing “thumbs in”. This allows him to work his toreando both sides. As his main purpose is to “step” first, rather than “pull” , the neutral grip allows him to quickly be in a mechanically superior position to push with arm(s) straight once in position. Sometimes he will simply grab shins and begin stepping to achieve the ideal side position where he can begin to push.

What makes Lo especially dangerous as a passer is that he doesn’t rely on stripping grips. A leg dragger typically “combat bases down” when caught in a leg lasso/DLR situation to strip grips and then stands up to initiate passes. One particular attribute of Lo’s passing is that he rarely combat bases down to “recompose grips” but will immediately work toreandos even when an opponent has adopted a “safe/defensive” position, entangling Lo’s arm/leg.

When leg lasso-ed, rather than break grips/, Lo gets his lasso-ed hand out onto the opponent’s hamstring and does an explosive all out drag/pull upwards to clear the legs to side control. It almost seems like a “spaz”/random tug, but Lo consistently employs this to catch an opponent off guard (see his matches with Langhi). “Hail Mary” seems like an appropriate name.

Ryan Hall (a pioneer himself in “modernizing” BJJ with his 50/50 and inverted guard) once said (and I’m paraphrasing) it’s the techniques that work on 90% of the people that he’s interested in and not necessarily the fancy ones. Lo’s uncanny passing using his modified toreandos and knee slide techniques has allowed him to pass top level bjj players guards without employing the “modern” leg drag techniques that have become the rage now. Lo’s simple but effective innovations continue to evolve BJJ and make him a joy to watch.