Mississauga Martial Arts | Who really want’s to be a Fake Fighter?

I can only warn you..Take your time to learn & don’t feed the vultures

You will come across many different types of people in the martial arts and combat sports world but the one you do not want to ever, ever, ever become is the “fake fighter” 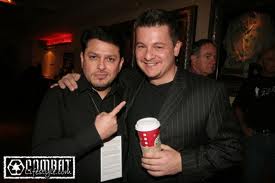 We were walking down the boardwalk  towards the pier in Hunting beach going over the ins and out of the fight game when he he mentioned  a guy I trained with earlier that afternoon in the context of being a “fake fighter”.

Now that didn’t make any sense to me as I know the guys lets just call him “xyz” had an extensive professional background in mma and  boxing, so I asked him  “ken what do you mean xyz just fought the other day”. His response was a lifetime moment of clarity for me that put a lot into focus..

I more or less laughed about it put it away in the back of my mind, but the more you think about it its a serious thing.

You step in the ring / cage without real “Knowledge” and you will be in serious trouble vs a specialist in any craft.  In professional boxing Muay Thai and Mixed Martial Arts I totally get it the vultures make a living off the hopes of others. But a new or unskilled student at boxing gym /martial arts academy?? Why put someone new and excited about training the arts in the line of fire just to say you are a “fight coach”. 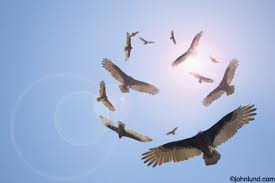 Time for a choice

Does the coach toss the students in to fight as soon as they think they are ready? Claiming credit for the wins and making excuses for the losses, or actually put in the work to gradually develop the real skills, fitness and determination that are in most cases the real take away from your training?

You cant fake it till you make it in this case

Educating a competitor / athlete  takes time and effort so a trainer that is technically inept or lazy is not likely to do this. They instead toss anyone that thinks they are ready, in to compete far before they are well schooled.

Wanting to compete is just the 1st step & its grossly irresponsible to put a student in what can be a really dangerous situation just to say you have a competitor at the event.

Take away’s and warnings to close up this rant

1- Whever you are Find a trainer that is actually well schooled, they don’t have to have fought to be a good coach but just knowing good athletes and being able to hold a little bit of pads and talking the part doesn’t make them a good bet. The proofs in the pudding how is the least talented student in the gym treated & trained?

2- Take your time and learn the craft you are studying boxing, Muay Thai,  MMA, BJJ, Kickboxing or whatever .. fighting is no joke when you are in with a lion and very little beats real technical skill.

3- mull over this little formula

Everyone entering the ring thinks they are going to win—–>> 50 percent of those people are  wrong 100 percent of the time so be sure you have at least the skills to defend yourself should things go south.

Now that this of off my chest and we are all on the same page, i’m happy to announce the start of the athlete development program for competitive kickboxing / Muay Thai and MMA.  We wont ask you to do the academy laundry for 20 years to prove your determination but please be ready to work hard and the results will follow.

i typed this blog post Friday night, we had boxing and Muay kickboxing sparring Saturday morning, No exaggeration Within in 15minutes of entering the gym I was approached by a new but very talented student asking to spar.. I told him XYZ you are new haven’t even been here 1 month what could you practice except kill or be killed???.. his response???

While to some trainers this eager beaver is blessing from god—>> “another fresh body” to feed to the more advanced students.

Elite traning centre is taking a more educated approach towards developing the areas next generation of talented boxers & martial artists without hurting every overeager newbie who walks in the door.

Let see how it goes