Put some thought into your sparring | Mississauga martial arts

For sparring think quality over quantity

*** please note i am only talking about for combat uses, martial arts are great overall  often very intricate and beautiful so practicing them for personal development or fitness is great but combat is another thing entirely **

In many martial arts more popular before the growth of MMA (now usually called traditional martial arts) many had the idea that whatever they were attempting would work without having ever practiced it vs resistance.

Even today its not uncommon  in some circles that you have black belts or instructor level students that have never actually plied their craft under real conditions, just believing in their techniques would work because a higher ranked student said it would???? 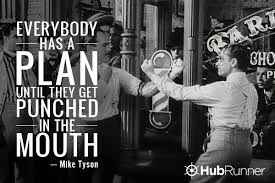 Along come more reality based combat sports like BJJ, Sambo, Boxing and Muay Thai  and the mixture of them for mma competition, and we have a complete revolution in terms of how to prepare for real combat through martial arts training.  In some ways that’s good  thing, as a dose of reality is just what many need, but  for the most part I can safely say things have gone too far in the other direction.

In today’s day and age it seems just about anyone with a Gi, mouth piece or pair of gloves is ready to rock and roll.  Dressing the part and attending a few classes doesn’t make you ready to spar.

To get the best results from your training efforts try working with the following thought in mind.

“You are always practicing something. Every round creates habits whether good or bad “.

Learning the correct reactions and techniques to apply at the right time is far better for you development in any martial art or fighting system, than aimlessly banging around with a sparring partner.

How many times have you seen two fairly hapless people beating each-other up? Sure 1 person takes less of a beating than the other but there is no real winner with you approach training that way.

A much better / safer approach is to take your time developing skills and once you have a decent overview of the task at hand, step things up a notch with some more varied sparring.

Lets take boxing for example, instead of throwing heavy leather at each other in the formative stages of your training, why not take things step by step with set sparring / drilling?

Start with ” set reps ” of each person attacking 3-5 five times with any of the below listed tools, followed by free sparring with the same tools. 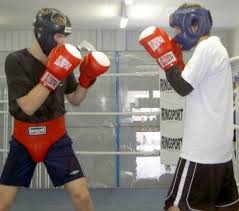 The fact your partner is only dealing with limited options helps build the comfort level to a point where full sparring makes sense for both parties involved.

Really How hard should you be sparring??