What To Expect & What to Practice By Ryan McKinnon

Last weekend were the ?TBAs? in Des Moines, Iowa, a popular North American amateur Muay thai tournament that draws hundreds of fighters and thousands of spectators from around the continent. This year the event hosted 402 bouts over 3 days, with Ontario gyms and fighters receiving top honours. 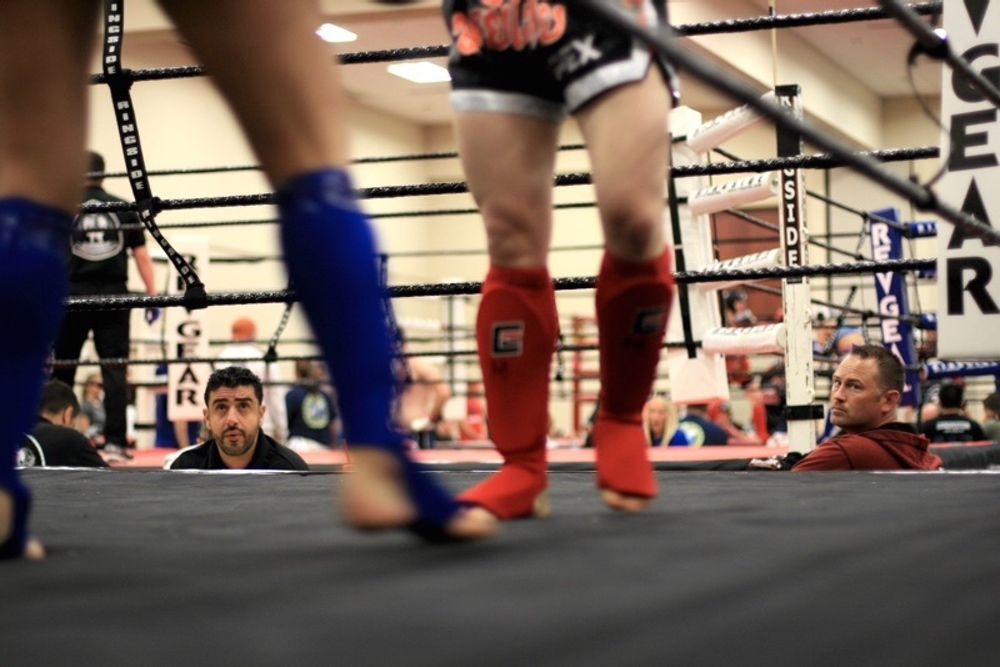 If you are interested in competing in Muay thai, attending this tournament is a realistic goal worth striving for. Watching live fights is a great way to assess your skill level compared to the rest of the field. This article will breakdown the skill set of fighters who participated in the Iowa tournament in the Novice ?C? Class division, and offer some important advice on what you can do today in preparation for the 2018 event. 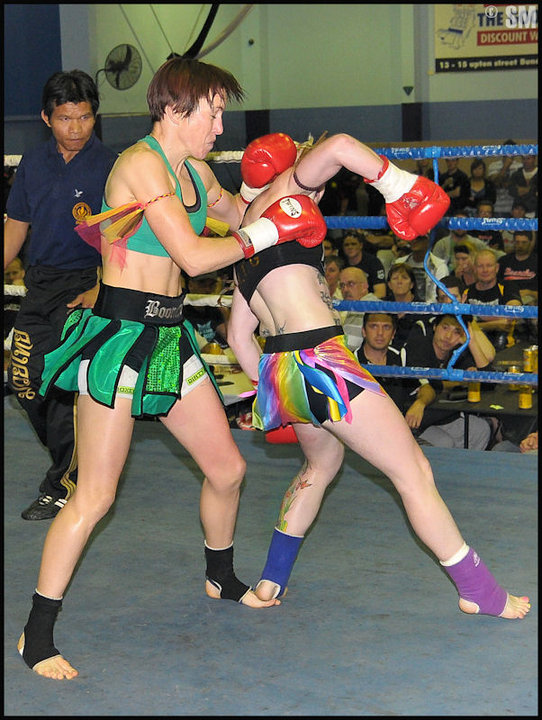 Competing at the ?C? Class Novice Level If you are interested in competing in muay thai, you will begin at the novice level, meaning that you have less than 5 fights. Most fighters with ?C? class experience are still learning the basics of the clinch and more intermediate to advanced muaythai footwork. At this level, you typically see fighters ?run and punch?, then engage in a clinch, with no real strategy to score effective knee strikes, or a plan on how to disengage from the clinch.

Don?t worry about elbows right now because they aren?t legal strikes in the novice divisions.

Many of these fights are described as ?messy? and difficult to score because the two athletes throw a high volume of ill-placed strikes. Knockdowns and/or knockouts typically happen by accident. Low blows occur more frequently at this skill level. Fighters that are in good physical condition typically exhaust themselves before the end of the first round because they don?t manage their energy well, or go headhunting for a knockout instead of planning for one.

The ?Thai clinch? or ?plum?, as it?s most commonly called, is the preferred method of head control with C class fighters, yet it is misunderstood, and many people don?t know how to correctly escape it. You will typically see fighters spend too much energy trying to attain control of their opponents head, sometimes unsuccessfully. There are so many other techniques available that will put you head and shoulder above your competition at the C class level. Learn how to defend the Thai clinch and how to use it correctly.

Come to the 8pm mississauga muay thai classes and to sparring on Saturdays to learn clinch basics, then drill them often with a partner.

Defense Many fighters at the novice level spend more time attacking than defending, failing to truly understand that a strong attack comes from an intelligent defense. Learn how to defend some of the basic muay thai weapons. For example, C class fighters rarely check leg kicks. They also stand in front of their opponent for too long, inviting punches to the face. The double block is a valuable tool for defending head strikes, but not being there at all is the best defense. This means that you must shadowbox your footwork and head movement constantly, then apply it in drills, on the heavy bag, and especially in sparring.

Fighting Back Fight back. When a C class fighter is absorbing blows, they usually end up getting backed into a corner, and wait until their opponent either ?gasses out? or makes a critical error. Do not allow yourself to be a victim. There are specific counter attacks to every muay thai technique. Learn them, then apply them. C Class fighters, when put into a stressful situation where things aren?t going their way, tend to forget that they are in a muay thai fight, and abandon their tools, choosing to give in to their primal instincts. Staying calm is one of the key ways to turning the tide of a fight in your favour.

Drilling and sparring are typically the two best things to helping you prepare and reduce the ?fight or flight? mechanism that kicks in when you first begin competing. Proper preparation always prevents a poor performance Come to sparring at 1pm on Saturdays to learn how to apply what you practice during the week. If you are new to sparring, you will not be fighting immediately. You will be assessed based on your skill level, and given drills to practice with a partner until you demonstrate control and competence of muay thai techniques. Come and see for yourself!

Every fighter begins as a novice. It is important to learn good habits now so that you can build upon them as your experience grows. Come to the gym eager to learn. Bring a notepad if you find it useful. More importantly, practice what you learn in class. You won?t grow as a fighter and athlete if you rely solely on attending classes to help with your progression. You have all been given the skills of basic pad holding and basic muaythai technique. Apply them with a partner in your spare time before or after class. The Elite Muaythai program has been growing consistently over the past few months. It is time to start attending events in the province to scope out the talent that exists, and become members of a larger Muaythai family. This is the best time in Ontario?s history for amateur Muaythai, with events being held almost every weekend. Our goal is to have Elite athletes competing in Muaythai Ontario events, and tournaments like the TBAs. Mark your calendars and start preparing today for the 2018 World Muaythai Expo in Iowa!