On Saturday September 9th, 2017 Kru Jordan, owner and head instructor of Lanna MMA returns to Elite for a 90 minute workshop to assess everyone’s skill level and work on one of the most important weapons in a Thai boxer’s game: the Teep.

The ‘Teep’ also known as a ‘push kick’ is arguably the most important weapon in the Thai boxing toolbox.

The lead teep is the closest weapon to your opponent. It can be used to stop them as they advance, knock them off balance, or begin and end a combination. However, one of the most important aspects of this kick is it’s use as a measuring tool.

Just like a Western boxer’s jab, the lead push kick is thrown throughout a fight to measure the distance of your opponent. When you combine the lead teep with an awareness of your footwork you can begin to calculate how you will attack your opponent, and the distance you will have to cover to make your offense effective. 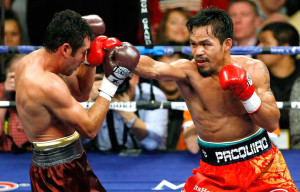 There are many variations of throwing the lead and rear teep, as well as numerous combinations that they can be used in. Before you start overloading your brain with endless possibilities of combinations, you must start with building a strong foundation to build on.

Having a balanced stance and deliberate footwork is essential to using the teep as a killer weapon. This is where Kru Jordan comes in.

Beginning at 10:30 am sharp, Jordan will lead the workshop through his curriculum regarding the teep/push kick. Some of key areas he has chosen to focus on include:

The above points are just a few important strategies that can be employed simply by using the teep.

Once you become comfortable, confident, and competent with the use of the teep, the possibilities of how and when it’s used are almost limitless. It is worth repeating that none of the weapons used in Muay Thai have effect unless you begin and end your techniques in a proper stance, and use correct footwork. This is why shadowboxing for at least 10 minutes a day is essential to progressing along your Muay Thai journey. 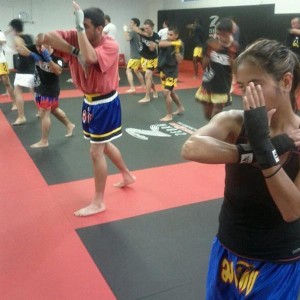 Kru Jordan’s workshop has been created for Elite athletes of all skill levels. It is strongly recommended for those that intend on competing in future events to think of this workshop as mandatory to attend.

We look forward to seeing everyone there on Saturday September 9th at 10:30am sharp!