Low kick reality | You live and die by the sword

Just making this one a quick post to cover a something people appear to be overlooking in terms of the danger with the low kicks often strangely attributed to Muay Thai, but are actually much more a MMA tool.

1-  Even as a martial artist and UFC veteran I can admit very easily the best MMA strikers wouldn’t be hard pressed to win a single round in vs Nak Muay in authentic Muay Thai.

MMA has great many strikers and athletes competing in the cage , Mixing the the full toolbox of skills to make for more complete fighters. Many practice or have practiced Muay Thai in the past BUT the large majority are actually “thai-boxing” or “kick-boxing” based.

just putting on the shorts and throwing some low kicks doesn’t make what you are doing muay thai.

The risk of injury and relative ease of blocking what mma has people calling “Muay thai’ low kicks make this something avoided by the masterful Muay Thai practitioners.

Thai-boxers in the real 100% Muay Thai circuit fight often weekly!! Responsible for supporting their families and traniing camp you cant afford ot pick up random injuries so the idea of trying to chop down another master kicker 7 often blocker is not a reality.

Watching the UFC you’d be tempted to think its a Muay Thai tactic but its really not & hybrid art known as muay thai in the west more often used in MMA is likely responsible.

3- Low kicks Work but carry risk for both people

Yes you can certainly quickly win a fight with low calf kicks as we’ve seen over 2021, and even in some of the historic challenge matches back when it was style vs style . But in 1 year alone we’ve seen both fighters come out and total dominate mma matches and then moments later we’ve seen crazy leg breaks 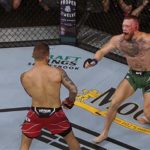 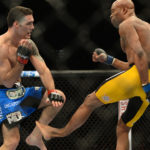 P.s im going to upload a real treat for the muay thai fans in the next week showing you the real art at the highest level in some “Golden Age” footage..  Im not a Nak muay but if you are you’ll love it check back soon.