The risk of injury in any sport is a real thing but in MMA its almost a guarantee you are not going home  totally unscathed so I make it a rule to only work with athletes who understand the importance of training  hard,  being smart & just overall following the coaches lead.

I am not a guy trying to live “ high life” through the kids putting their trust in me  &  would honestly  much rather be home watching star trek re-runs than attending most live local MMA events.

Fight For Pride #2 event was quite a bit different in terms of production quality and atmosphere. with out a doubt the best local MMA event I have attended in some time 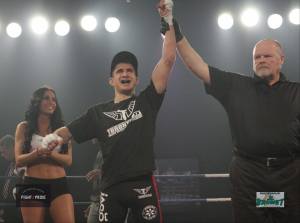 Gabe Sagman is a guy I’ve seen in and around the gym for a long time.. having  seen many people come and go over the years but him still in it I knew dedication was not an issue on his part and decided to take him on as a student to help build his MMA related skills,I have to say it worked out well.

As a light weight standout in the world class Jiu-jitsu room at Toronto bjj he came pre-packaged with the work ethic and discipline it takes to be successful in any combat sport so IMO the sky is the limit for him at 135/125lbs. 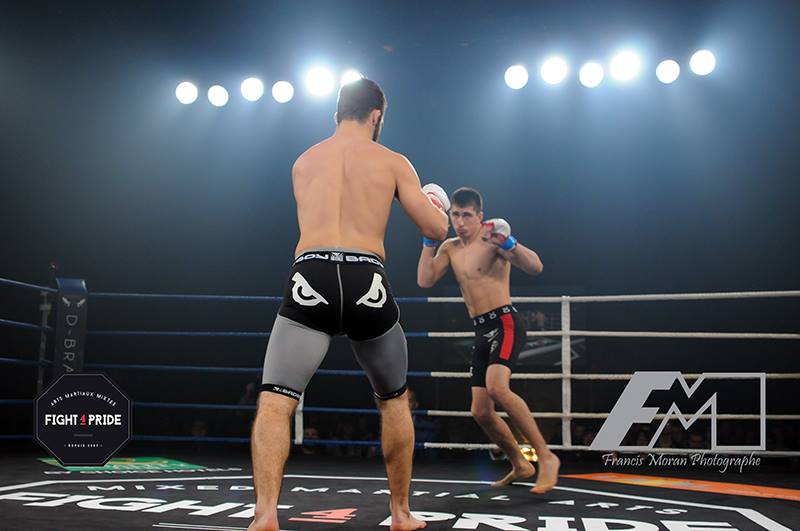 Coming with a solid pedigree as  multiple BJJ and grappling award winner + 4 stripe purple belt under Professor Jorge Britto I figured Gabe  like most well trained grappler’s would hold the  advantage of the ground being his ocean so the key to the fight would be…range control both standing and on the mat.

*please don’t mistake this as me saying training what most people call BJJ today is the answer for success in mixed martial arts , Sport Jiu-Jitsu rules are NOT very conducive to success in many other combat sports aside from  BJJ. That aside Brazilian Jiu-jitsu in any form gives you a great skill set to work with and some adjustments is still an art nearly every high level mixed martial artist has to learn or at least study to counter”

The big  problem with most Grappler’s face in making the shift to MMA is the lack of the ability to control the distance a fight takes place in, Outside of any trouble with Take-downs, what we also often see is  ground work and a Guard build on stopping the pass and NOT focused enough protecting the bottom man from damage.

Given the fight was in a ring and the opponent was a thai-boxer we took a different look at it and started drilling focusing on using some of the advantages a grappler  holds in a ring into our weekly sessions.

Most people think a cage suits a grappler best, but stop and think about it in a ring you have quite a bit going for you…

“  Its not common knoledge but think about it, if you start in the middle of the ring with a circle 10 feet in diameter , 2 full  steps in any given direction and you’ve go the opponent more or less cornered approx 2.5-3  feet from the ropes or a corner.” … little known fact but octagons are huge!!! cutting off a mobile opponent in there is not Easy.

Gabe played things smart and used his striking and the new footwork and distance / timing drills  we have been working over the last 7 weeks to setup the take-down and implement his improved “ground and pound” to a guard pass and used his ground fines to coax out a submission. 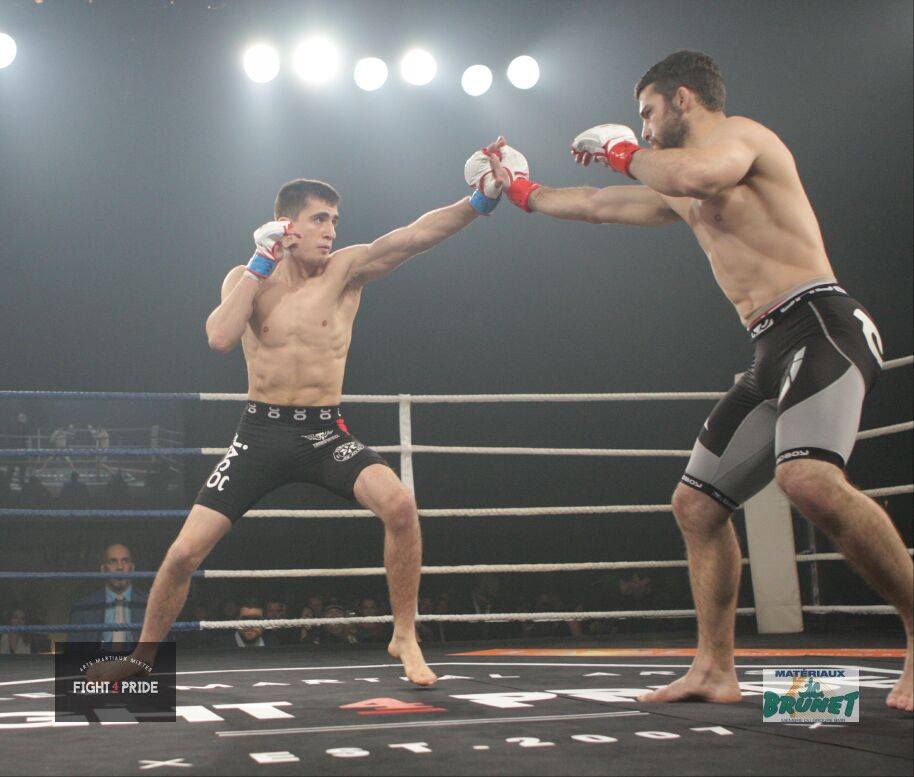 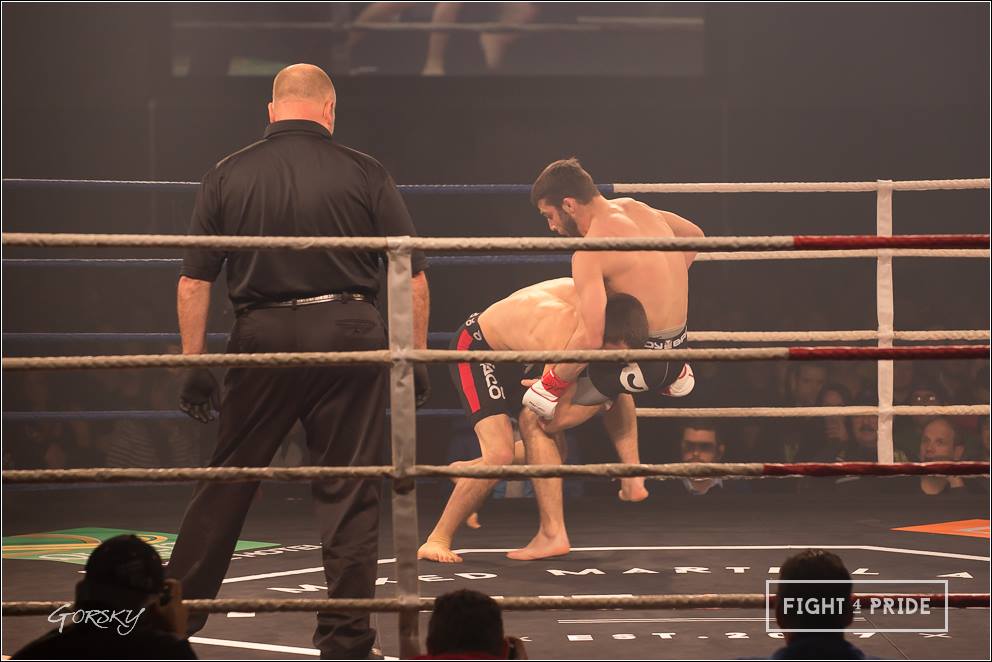 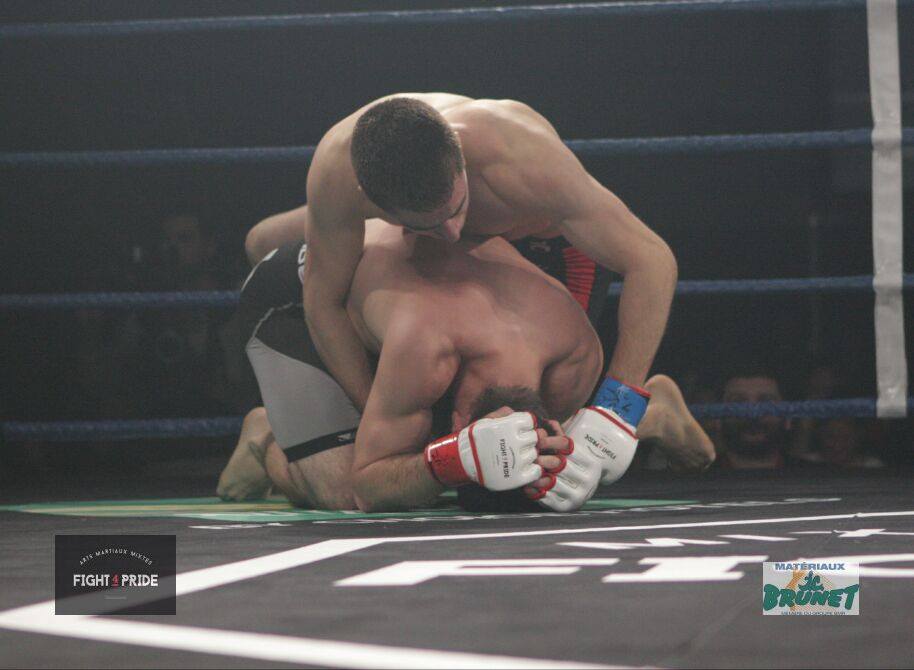 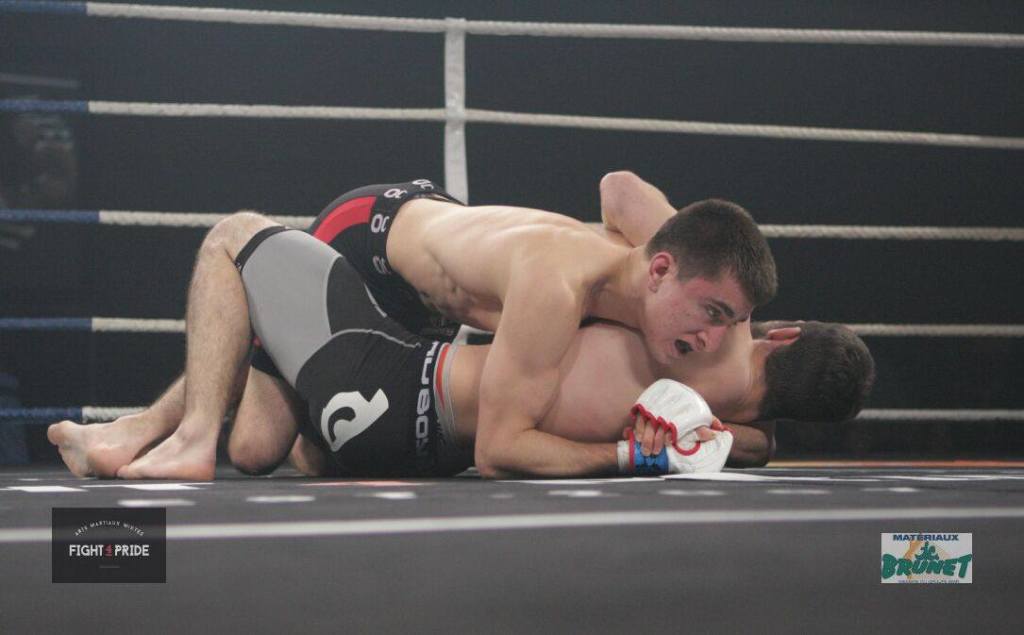 Kevin walker is without a doubt a tough guy so the idea he would be able to use that thai clinch in the fight had crossed my mind but Gabe’s mix of clinch work / standup grappling helped him dominate the fight cleanly on the inside except for a pretty awesome muay thai sweep Kevin pulled off after the 1st stand-up. 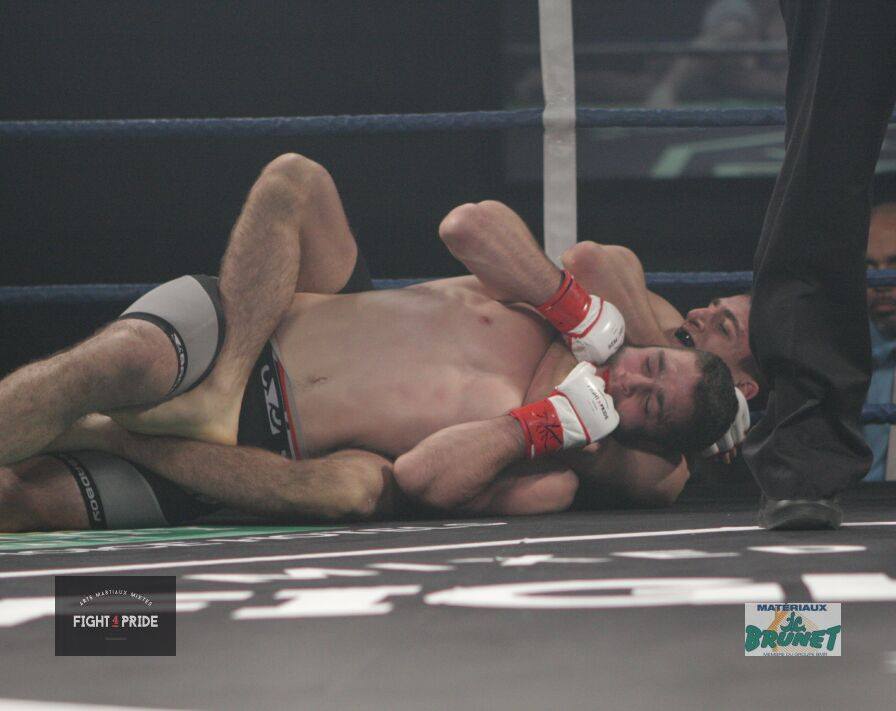 Overall a very good learning experience for two young fighters and a kick ass show with a solid mix of veterans and Quebec’s new blood on the MMA scene. We are Definitely looking forward to the next outing.

Remember guys for every fighter competing we need a strong support team so feel free to come to the mma training sessions held Sundays  at noon till 1pm @ toronto BJJ **  we will be expanding the scheudule to 3 days per week in 2015** Learn new habits and reactions that will have you using your Jiu-Jitsu in a new way that’s is a great workout , easy to follow and done in a way that the students safety comes first.

Long gone are the rumble tumble days of Toronto BJJ’s MMA team ” I am sure many of you heard about lol”… the new structure focuses on technique not intensity and something practitioners of any level will enjoy.. 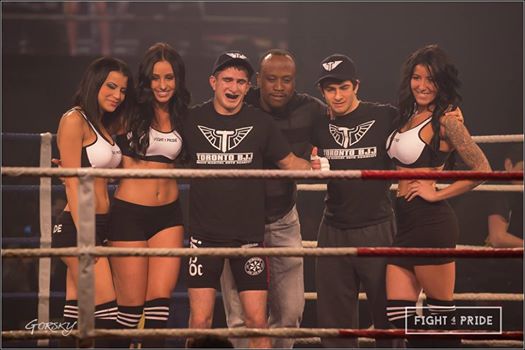