A great start to 2014 for Mississauga BJJ

I have been teaching Grappling and Brazilian Jiu-jitsu in the Mississauga area since 1999, which makes it almost 15 years, so its safe to say it isn’t everyday that something totally new happens but its just did.

Even while competing or travelling for mixed martial arts training  I’ve always made it a point to keep up on haring the art with people looking to learn, still and it wasn’t until fairly recently that I’ve had an academy of to call my own. It may not seem like big difference to some but with gym owners all having different objectives and direction they want to take the programs in question, anyone teaching will tell you running classes in someone else’s facility is a LOT different than in your own.

With Elite training Centre going into its 3rd year in this location and the Mississauga BJJ programs growing nicely we now have a pretty solid mix of men and women of all ages and sizes picking up the ins and out of navigating life on the mats the JIU-JITSU WAY and something rare has happened that shows me the we are on the right track.

For the first time since opening the academy the BJJ student of the month is a someone completely NEW with zero previous Brazilian Jiu-jitsu experience. 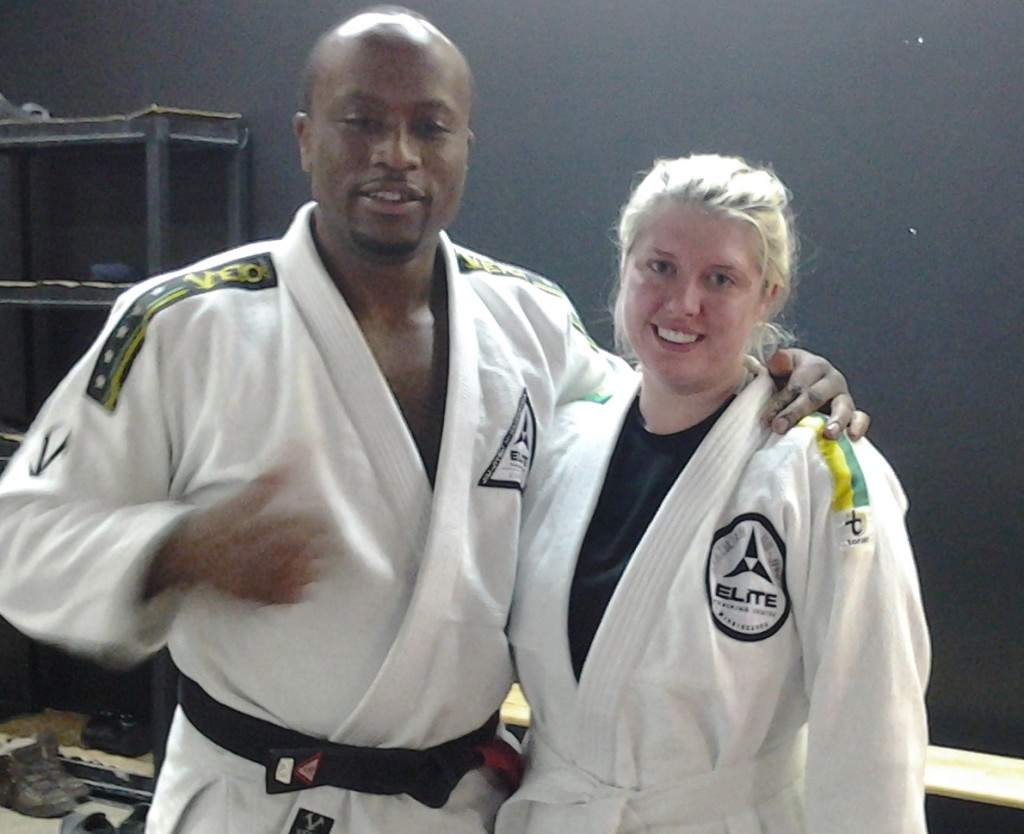 Tanya “nickname currently still in development” has been a GEM of a student to teach.  Joining the club with no previous experience  I remember telling her on her first day of training to “Relax  and let the technique do its thing” as it doesn’t take long to start understanding the fundamentals of how to move correctly when you approach it in a structured fashion so its quite possible in very little time she maybe  the one helping the next newbie that joins us on the mats, and what did I see earlier this week ??? None other than Tanya guiding another new member of our women’s BJJ squad through the ins and outs of the application of the arm-lock from side control.. and perfectly at that 🙂

Tanya is further proof of the obvious. Attending class regularly & paying attention is big part of the recipe for success.

Congratulations Tanya and keep up the good work.

In other pretty awesome news we had a few guys compete at the  Ascension 2014 BJJ tournament this past weekend with another of our newbies doing quite well in his first outing.

Here is the update take directly from his facebook page. 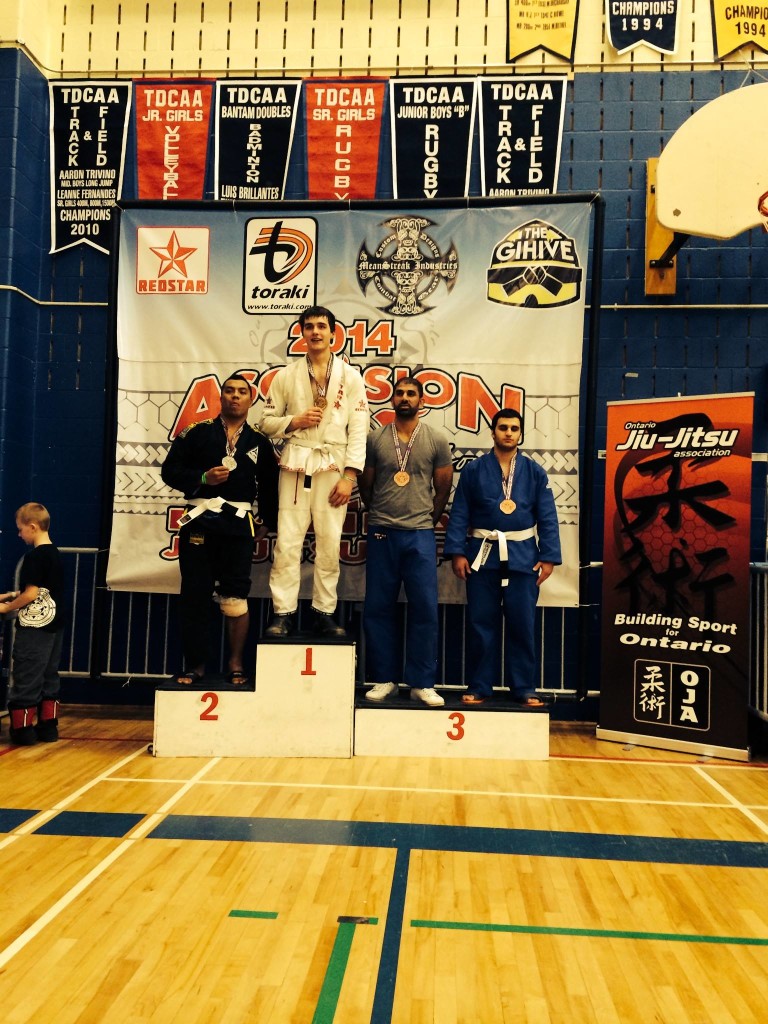 “What an experience! I was up on points in the final match, until the injury. I wish I could have brought home a gold for the team! Next time!
A big thank you to coach Claude Patrick and Alessandro Roman Camargo, I was able to stay calm and composed and perform well with everything that I’ve learned. And to my training partners at elite for helping me get better, couldn’t have done it without you guys.”